A QUICK INTRODUCTION AND SHORT HISTORY

My name is Jonathon Simpson and I play the bagpipes with one of the world’s top pipe bands, the grade 1 Boghall and Bathgate Caledonia Pipe Band. We compete at the highest level in the pipe band World. In 2010 we placed 2nd at the Scottish and British Championships, and 1st at the prestigious Cowal Championships.

I began piping with Bo’ness Pipe Band, where I was taught by my grandfather, before moving to George Watson’s College Pipes & Drums. I enjoyed a highly successful time at Watson’s, winning many accolades in the Juvenile grade. The highlights include winning the overall Champion of Champions title every year from 2002 to 2007, and two Juvenile World Champion titles.

I have played my pipes at many weddings, Burns’ suppers, corporate events and reunions and have travelled across Europe and the northern hemisphere, including Canada, Belgium, Austria, Russia and Japan.

In addition to playing, I also tutor pupils who often compete successfully in band and solo piping competitions, and I am in demand to teach at piping workshops in Scotland and beyond.

Some of the the more interesting highlights of my piping career are listed below:

If you would like any more information regarding my piping background please get in touch. 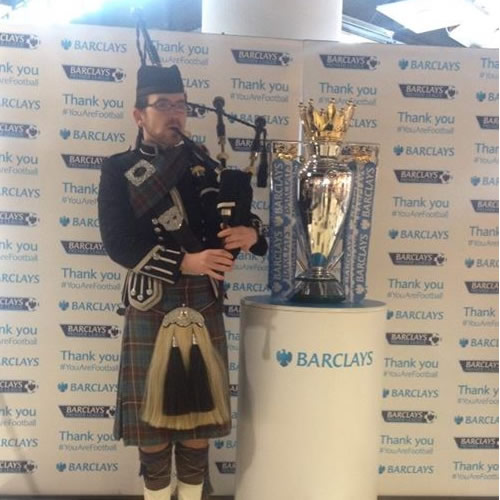